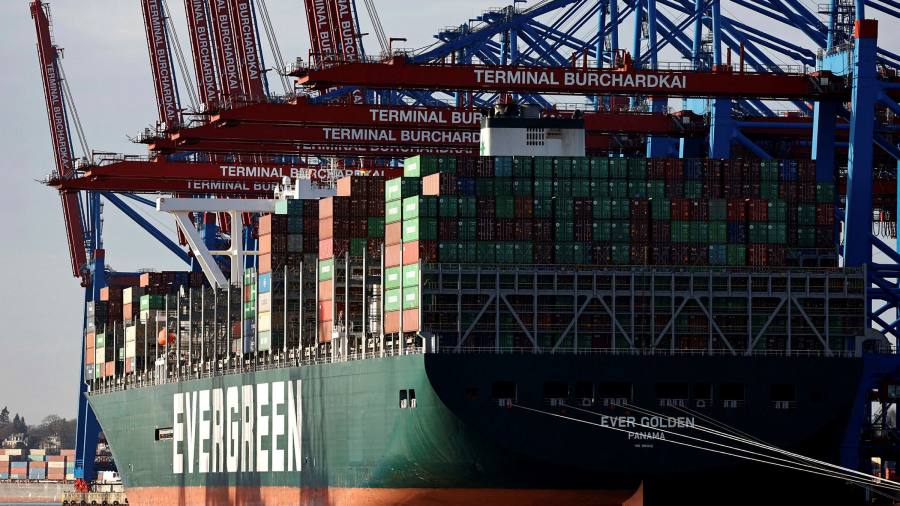 There is, I wrote a few weeks ago, a battle going on for the soul of EU trade policy. It pits liberal free traders against protectionists, as both sides try to come to terms with Europe’s growing strategic vulnerability. The European Commission has now set out a platform for how trade policy should be updated for the new realities, and this week the bloc’s trade ministers discussed it.

It is a good paper, which sets out the essential elements of a strong trade policy for the EU. It acknowledges that the ambition of a carbon-neutral economy has geostrategic implications through its impact on trade — a point recently explained at length in the excellent policy brief from the think-tanks Bruegel and the European Council on Foreign Relations. It calls for the bloc to develop avenues for deeper economic integration with neighbouring countries, especially in Africa. It even gives a sensible account of the newish buzzword of “open strategic autonomy”: promoting an open international order is a strategic imperative for the EU, and doing so both requires autonomous policy development and protects such autonomy from an excessive one-way dependence on the other two global economic powers.

But where the document is most revealing on how the thinking about trade policy is evolving in the European political class is how freely it speaks of “assertiveness”. The sense that the EU should be politically more assertive in its trade policy could potentially bridge the divide between countries more willing to protect their own producers, such as France, and evangelists of free trade, which, since Brexit, have been most vocally led by Sweden.

I talked to Sweden’s trade minister, Anna Hallberg, to understand both the divisions and agreements better. She warned that reacting to Europe’s shrinking share of the global economy by wishing to protect existing companies and production methods was “absolutely the wrong way to go” — instead “we need to be brave enough to open up”. She thinks the commission’s approach recognises this: it contains “a number of very positive proposals”, she said.

But assertiveness is clearly not a problem in itself. “We have commitments to sustainability” and trade policy needed to accommodate that, said Hallberg. Her worry is rather that the non-trade concerns become so demanding as to make it impossible to conclude trade agreements at all. The question, then, is how to balance being both a “demanding” and an “attractive” trading partner.

Many share this concern. Among Europe’s traditional northern free traders, I frequently note appreciative nods to how some southern EU countries are moving in their direction on trade. A case in point: Portugal, which at present holds the presidency of the EU Council, is pushing for ratification of the free trade agreement with the Mercosur bloc, as the country’s foreign minister told my Brussels colleagues in an FT interview. He, too, emphasises that pushing for climate policy and deforestation is important but must not be allowed to scupper the deal altogether.

But “balance” is a far cry from a purist free trade position. And interestingly enough, businesses wanted to strike a balance too between trade expansion and other considerations, said Hallberg. Indeed an “assertive” trade policy can be seen as a competitive advantage for companies that are ahead of the curve on social and environmental issues.

For example, Hallberg welcomed the commission’s work on EU-wide rules requiring companies to do more to protect human rights in their supply chains. This was not just “very positive for society”, but also a “competitive issue” for large Swedish companies that already take responsibility for their supply chain.

Hallberg was also cautiously positive about plans for carbon border taxes, for similar reasons, which could be “interesting to look into”, again for reasons of industrial and climate policy. “If we see that EU companies invest a lot in sustainable production methods and solutions”, then there must be “payback” for those investments.

She pointed to Swedish investments in fossil-free steel production as an example: “If that is met by cheap and dirty steel coming into EU, produced in a much less environmentally friendly way . . . we must look into how we can have a level playing field.” (Indeed, H2 Green Steel and Hybrit, two new Swedish ventures planning to use green hydrogen instead of coking coal, stand in stark contrast to how the UK justifies new coal mining to support British steel production.) In the Netherlands, similar arguments can be heard about the chemical industry, concerns about which was one reason for the EU’s insistence on “level playing field” requirements in its trade deal with the UK.

What all this suggests is that the free-traders-vs-protectionists divide is becoming an incomplete guide to understanding the political dynamics around EU trade policy. Not that it has gone away: the traditional free traders still want to strike more deals and increase and deepen business and trade ties with the rest of the world, and Hallberg said “we need to be realistic” about how much the EU could demand from others.

But the new development to follow is how the liberals are embracing a more strategic role for trade policy precisely to convince the more protectionist-minded that their objectives can be met with continued — but more “assertive” — openness.

It is in that light we should see the unusual matchup between France and the Netherlands when they issued a joint position paper on trade policy last year, in which the countries called for greater demands and stronger enforcement in the social and environmental dimensions of trade relationships.

The same perspective can be gleaned in this week’s letter from the leaders of Germany, Finland, Denmark and Estonia to the commission president on digital policy. While not primarily about trade, it has a clear emphasis on assertive trade policy precisely as a way to make protectionism less attractive. As the four leaders write: “In order to avoid dependencies, open markets and open supply chains shall be ensured. If this is not possible, then mutual interdependencies shall be established (i.e. no one-sided dependencies on monopolies or countries). As a last resort, European competences and capabilities shall be actively promoted and expanded.”

The thing to avoid, said one official familiar with the drafting of the letter, was that the “master switch is placed at somebody else’s hand”. That is something France would have no problem agreeing with.

April’s inflation surge wasn’t as drastic as it looked, but the...