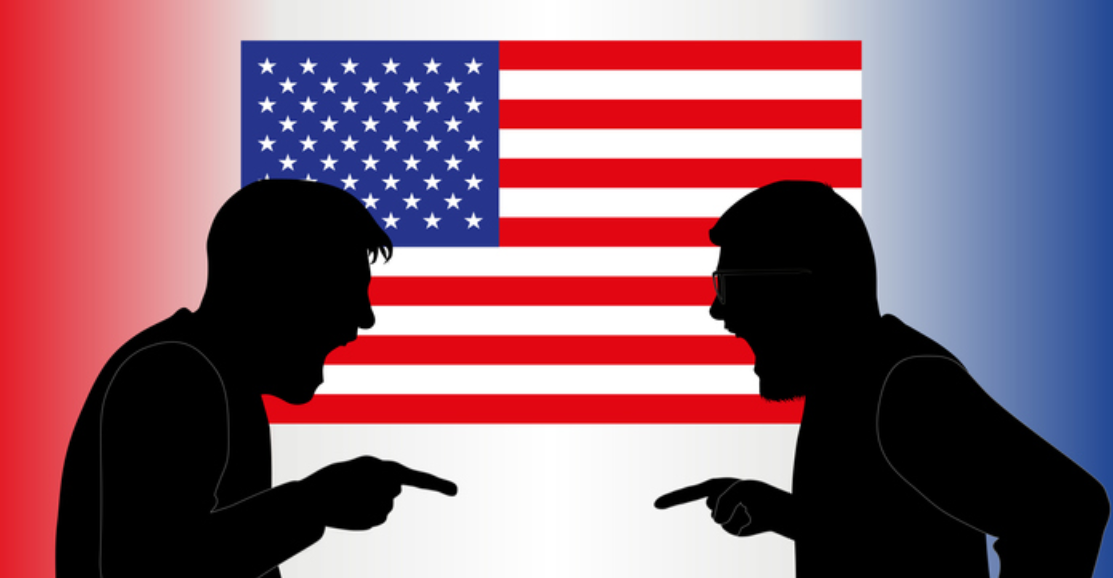 For months now, Democrats and other opponents of Donald Trump have been sounding ominous warnings that Trump may refuse to leave the White House even if he loses the election.

This, however, has never been a remotely plausible scenario if Biden is the clear winner. In other words, if Biden wins a decisive or obvious victory, neither the secret service, nor the White House staff, or any government department will do anything to keep Trump in the White House.

Rather, the only way there could be a meaningful dispute over who is the winning president is if the outcome itself is contested and unclear. In that case, a sizable portion of the population would insist Trump stay put in the White House while many others insisted Biden was the real winner. Potentially, the result could be two full month of lawsuits, recounts, and accusations of fraud before a winner—which wouldn’t necessarily be Trump or Biden—would be chosen. Even then there’s no guarantee that the general public would consider this to be a fair or legitimate outcome.

There are several reasons for this. A contested election is likely to be quite damaging for a variety of myths about democracy to which the public clings. When elections are contested, more voters may conclude the outcomes of elections do not reflect “the will of the people,” and it becomes more clear democratic contests have no theoretical or moral answer for the problem of a “tie vote.” No matter the outcome, more Americans are likely to begin questioning if national elections are rigged, unfair, or otherwise unreliable.

But before we look more closely at the upside, we have to consider the very serious problems that could result from a contested election: riots, lootings, and other forms of violence that could destroy lives and property.

America has certainly endured this in the past.

Many have already pointed to the contested election of 1876 as the last time a contested election “tore the country apart.” Americans at that time really were talking about setting up two competing presidents in two different capitals.

The election of 1876, though, was just one of several closely contested elections—i.e., 1876, 1880, 1884, 1888, and 1892—during a period of frequent riots and threats of “civil war.” In 1876, the Democrats won the popular vote but lost the election. Eight years later—as Democrat Grover Cleveland and Republican James Blaine faced off—the Democrats weren’t in the mood to lose yet another close election.

In 1884, as the votes were being counted it quickly became clear that New York—was going to be a key state if Cleveland was going to win. As the returns came in, and as it was clear pro-Republican corruption could easily cost Cleveland the election, Democrat mobs began to form. As historian Alyn Brodsky describes it, when Republicans claimed victory in New York soon following the closing of the polls, “the opposition murmured ominously.”

Things only become more dangerous from there:

the behavior of predominantly Democratic crowds in all the major cities appears to have justified Blaine’s subsequent speculation that a contested election would probably have resulted in civil war. …

Law enforcement people nationwide had their hands full. In New York City, Democrats gathered before newspaper offices and warned of dire consequences if Cleveland was cheated out of his rightful and lawful victory. That night an even greater throng moved down Broadway to Dey Street to threaten violence before the Western Union Building, while yet another mob marched up Fifth Avenue toward the Gould mansion singing “We’ll hang [ultra-wealthy Republican financier] Jay Gould from a sour apple tree. …

Indianapolis Democrats staged a gigantic rally that threatened to degenerate into a gargantuan riot. When the Boston Journal posted a bulletin “confirming” Blaine’s victory a horde of that city’s Cleveland supporters threatened to gut the building.

More than a century later, this may all seem like no big deal, but it was hardly a small matter at the time. There was absolutely no guarantee American cities would not break out into widespread riots had Cleveland not won. But the margin was about as thin as it gets.  A mere 600-vote change in New York could have changed the entire outcome. Moreover, had Cleveland lost New York, he would likely have still won the popular vote, possibly leading to a repeat of 1876.

Were we to experience a similar turn of events today, the chance for violence would be real. Threats of violence have already been explicit in the lead-up to the 2020 election. And that’s a real problem. But the problem of repeated close elections followed by threats of violence is itself a problem.  Indeed, if the United States again continues through a period of repeated razor-thin election margins in presidential contests—followed by riots and threats of a new civil war—this is strong evidence that there is something very wrong with the United States and its electoral system.

Indeed, prudence suggests it is best to do away with such a fragile and disaster-prone system. And this speaks well of the benefits of contested elections. Contested elections are helpful and dramatic reminders it would make more sense to cease allowing half the country to boss around the other half based on a tiny majority—or even just a mere plurality—of votes.

A contested election would also help remind the public that nationwide presidential elections in a deeply divided country are not a practical or prudent means of discovering the alleged “will of the people.”

After all, if approximately half of the voters are against the winner, it is absurd for the winning side—as it inevitably does—to claim it has “a mandate” or that the winning side can exercise its power with any sort of moral authority. In the United States in recent decades, winners of presidential elections rarely manage to gain votes from more than 25 percent of eligible voters. No president since Reagan in 1984 has won more than 53 percent of the votes of those who actually do vote.  Bill Clinton never won even 50 percent in either 1992 or 1996.

The notion that these winning coalitions represent the will of the nation, of the voters, or of any other meaningful group of Americans has little basis in reality. Even among those who vote for the winner, the reasons for their vote are usually extremely diverse.

Moreover, many elections—as was amply demonstrated by the 2000 presidential election—are, for all intents and purposes, tie votes.  Even worse for the will-of-the-people theory is the fact democratic theory has never provided an answer to the problem of what to do when there is a tie.

A contested election helps to emphasize this. When there is no clear winner, the public is exposed to the fact that the winners are chosen not by some sort of amorphous national will or spirit, but simply on the chance happenings of how votes are counted by a small number of local officials or how courts rule on which votes shall be counted. These are subjective decisions made by judges and officials.

It’s healthy for the voters to see how arbitrary, ad hoc, and haphazard it all is.

The Technocracy Prefers a Decisive Win

Those who favor a stronger state—and are part of the government itself—tend to prefer a decisive win. This in itself is an argument in favor of contested elections.

The Pentagon, for instance, as noted in a Reuters article on October 30, “would welcome a decisive win” in 2020. The last thing government bureaucrats want is a country in which half the population regards the ruling regime as usurpers. This calls into question the entire basis on which government agents depend for padding their budgets and ensuring the public doesn’t look too hard at what government agencies are doing.

The 2000 election, for instance, did damage to the myth that the US Supreme Court is a non-partisan, non-political organization. When the Supreme Court ruled in the Bush campaign’s favor on the Florida recount, it was widely seen by supporters of the Gore campaign as a partisan act. This even was key in ratcheting up the volume of political rancor over Supreme Court appointments. Similarly, the Pentagon doesn’t want to find itself in the position of carrying out the orders of any president who is in the midst of a contested election. Technocrats like Pentagon generals and federal judges much prefer a serene transfer of power which won’t snowball into any wholesale questioning of federal power.

Most of the time, however, the margin of victory in presidential elections is large enough to allow pundits and politicians to paper over the deep division that exist within the American population, and to insist the losing side is, after all, perfectly fine with the outcome. Even if this were true during the twentieth century, there is good evidence this wasn’t the norm in the nineteenth century, and it’s not likely to be the norm in the twenty-first century either. A contested election will help expose the acrimonious reality.