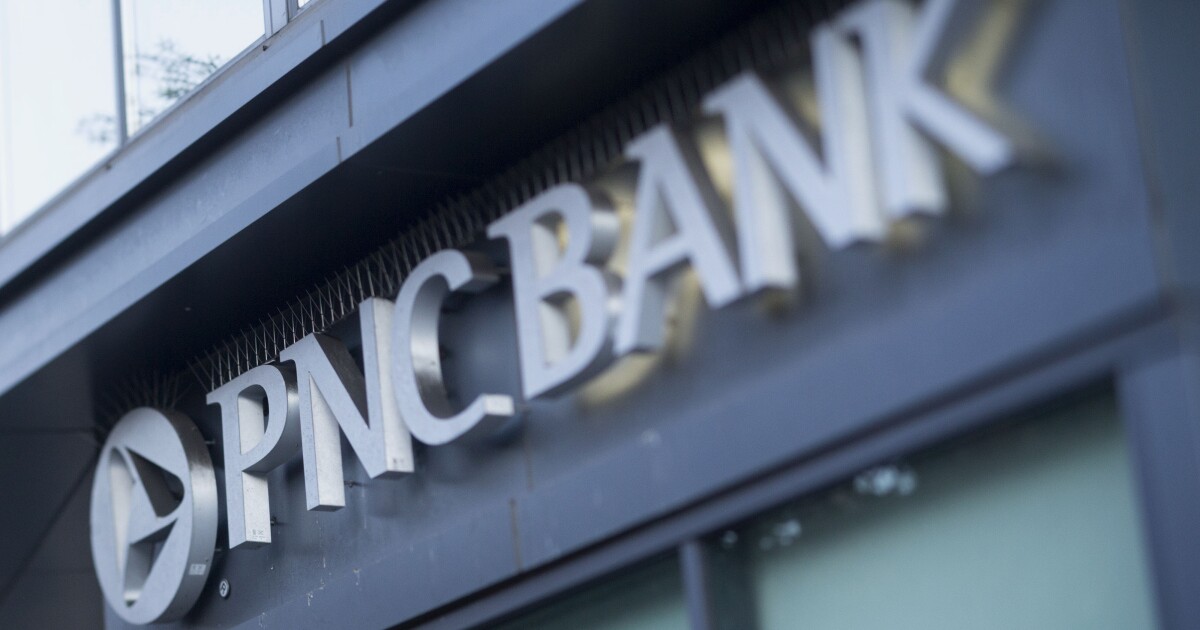 PNC on the move

PNC Financial announced that it is buying the U.S. arm of Spanish lender BBVA “in one of the largest bank tie-ups since the financial crisis, ” the Wall Street Journal reported. The “would create the fifth-largest U.S. retail bank with more than $550 billion in assets.”

The deal would “deliver a jolt to a fragmented industry that has been slow to consolidate,” the Financial Times said. “The transaction would come six months after PNC sold its stake in BlackRock, the world’s largest asset manager, for $17 billion as it wanted to bolster its balance sheet amid growing concerns over the future of the U.S. economy amid the coronavirus crisis.”

“For PNC, it would be the latest in its string of acquisitions it has used to build out its national footprint,” the New York Times said. “With its acquisition of BBVA’s business, PNC will expand into Arizona, California, Colorado, New Mexico and Texas, giving it a presence in 29 of the country’s 30 biggest markets.”

Banks are “fretting over the outlook for one of their most profitable businesses” as “consumers are continuing to pay down their credit cards as the pandemic crimps spending opportunities,” the FT reports. “Total card loans held by U.S. banks stood at $755 billion in the last week of October, according to the Federal Reserve, — $100 billion lower than when the pandemic took hold — and balances have drifted lower in three of the past four weeks.”

“Consumers are not spending on restaurants and movies, and a big chunk [of the decline] is travel, too,” said Matt Komos, vice president of research at TransUnion. He said government stimulus checks, supplemental insurance benefits and the availability to take payment holidays on mortgages had all helped consumers to pay down their balances.”

Meanwhile, “investors who bet U.S. consumers would keep paying debts this year are reaping a windfall as households spend less and save more against the backdrop of a still-ailing national economy,” the Journal reports. “Bonds backed by consumer loans returned about 10% through October, according to data from Citigroup, making them one of the top-performing investments of 2020. Prices for asset-backed securities have soared as consumers bucked expectations and responded to the coronavirus pandemic by paying down debt at a rapid clip.”

Former Wells Fargo CEO John Stumpf “agreed Friday to pay $2.5 million to settle civil claims over his role in the bank’s fake accounts scandal,” the Journal reported. “Mr. Stumpf, who stepped down from his top post in 2016, neither admitted nor denied the Securities and Exchange Commission’s claims, which accused him of misleading investors about the success of Wells Fargo’s community banking business. Mr. Stumpf was earlier barred from the banking industry and paid $17.5 million to settle claims from the Office of the Comptroller of the Currency.”

“Separately, the SEC sued former consumer-bank head Carrie L. Tolstedt, filing a civil fraud case against her in San Francisco federal court. The regulators said Ms. Tolstedt publicly described and endorsed a key measure of Wells Fargo’s business, the ‘cross-sell metric’—or the number of products the bank sold to its customers—without disclosing that it was inflated by unused and unauthorized accounts and services. The SEC’s lawsuit seeks a court judgment ordering Ms. Tolstedt to pay fines and barring her from serving as an officer or director of a public company.”

“The SEC alleges that Tolstedt publicly endorsed the cross-sell ratio as a means of measuring the bank’s financial success, even though she knew about numerous flaws,” American Banker reports.

“The cases are the latest fallout from a scandal that exploded in 2016 and led to the ouster of Mr. Stumpf and other top executives,” the FT said. “It has also cost Wells Fargo investors billions of dollars in fines and regulatory penalties and left it operating under an asset cap imposed by regulators.”

HSBC’s board “remains an Anglo-American affair” even as it has “made clear that its business destiny is in China. The London-based, Asia-focused bank appointed three board members along with a chief legal officer and a chief operating officer in the past 12 months. All are American. Just two out of 14 board members are Chinese. China-based Ping An Insurance —HSBC’s largest investor—doesn’t have a representative on the bank’s board.”

“HSBC exemplifies the difficulties multinational companies face navigating tensions between the U.S. and China. The high-level appointments come even as the bank is scaling back its already modest U.S. operations and shutting branches there.”

Adyen, the “little known” Dutch payments company, is “the best-performing large stock in Europe this year, up almost 120%, vaulting its market value to nearly $60 billion, bigger than some of the region’s top banks, including Swiss giant UBS. Adyen’s stock performance has even outpaced PayPal Holdings, which is up about 70%.”

“Unlike PayPal, which hundreds of millions of consumers world-wide use to send money and make internet purchases, Adyen sits behind the scenes, providing the technology that merchants use to process credit card and other types of digital payments. Analysts say that unlike some rivals that rely on in-store transactions for a big chunk of their business, almost 90% of Adyen’s transaction volumes come from online sales. That advantage has attracted investors to Adyen.”

“A sound financial system must begin with robustly capitalized, well-managed institutions capable of sustained profitability. Revenue growth headwinds are likely to be with us for years to come, so radical cost-cutting must be the key. The sector does need M&A, but not the type that is so regularly floated. We require consolidation not across borders or between bloated giants, but domestically to reduce fragmentation and eliminate the subscale players. Barely profitable, they are not capable of making the required technology investments.”

“I don’t know if it will last but what’s happening now in terms of the American consumer, well, it’s downright un-American. We’ve had to throw out the playbook of everything we’ve learned about consumer behavior.” — Paul Norris, head of structured products at Conning, on the recent trend of consumers buying less on credit and paying off their card balances, the opposite of what many analysts had predicted.