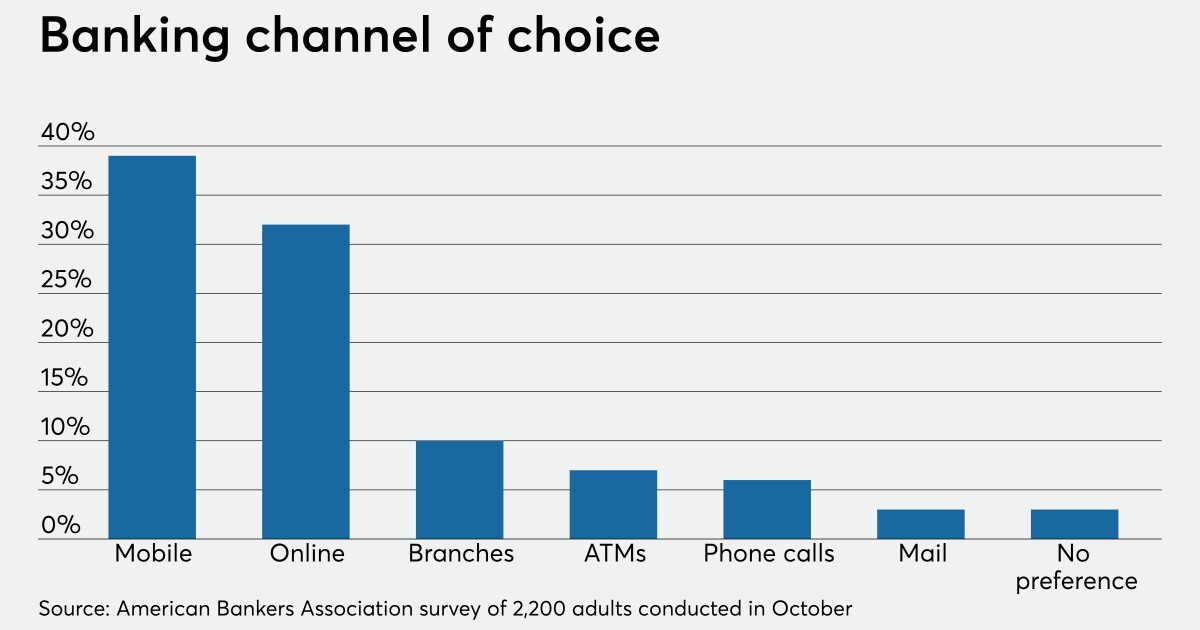 Mobile banking has become the preferred channel for bank customers.

A recent survey conducted by market research firm Morning Consult for the American Bankers Association found that, prior to COVID-19, 36% of bank customers preferred using apps on their mobile devices to manage their bank accounts, while 29% leaned towards online banking. Another 17% favored visiting a branch.

The popularity of using devices has grown during the pandemic: 39% of respondents now prefer mobile banking. Online banking also became more common, with 32% of respondents naming it their top choice. Branch banking fell to 10%. (The remaining respondents prefer channels such as ATMs, phone calls and mail, or they had no preference.)

This is the first time respondents have named mobile as the preferred channel for banking since the ABA began including it as a possible response in 2009. When customers were asked in 2019 about their preferred method for managing their bank accounts, 37% said online banking while 36% chose mobile apps — up from 30% the year before.

The survey was conducted in October and queried 2,200 adults nationwide.

“Banks have made innovation a priority, investing in tools to give consumers faster and more secure access to their money,” Rob Morgan, the ABA’s senior vice president of innovation strategy, said in a press release.

“Consumers were already embracing mobile banking prior to the pandemic, and this survey shows that even more people now appreciate the ease of use and convenience these platforms offer,” Morgan added. “I expect the adoption rate only to grow from here.”