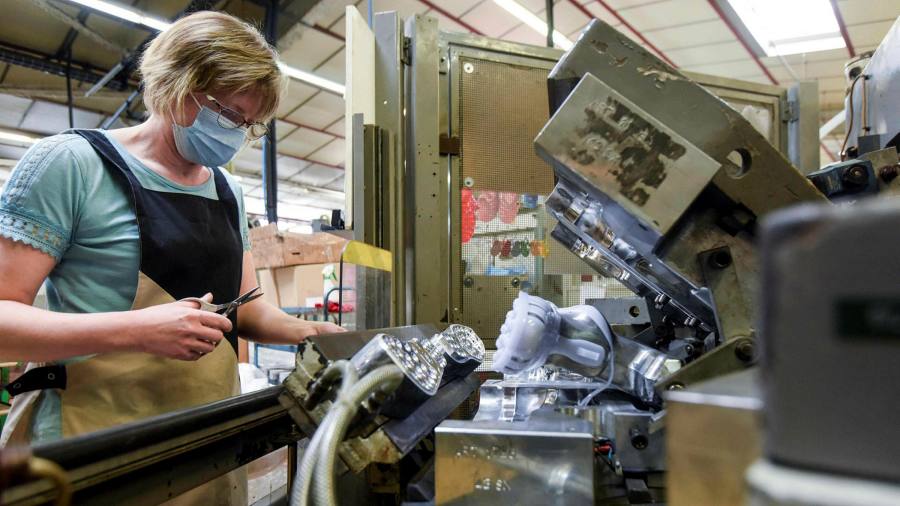 We may all agree that we should “build back better” after the pandemic. But better in what ways? Presumably in the ways that our economies performed poorly before. Most of what has been written about this (including by me) focus on how pre-pandemic economic growth had left too many people and places behind.

But another way in which economies underperformed was in delivering disappointing productivity growth. The growth rate of output per hour worked had been slowing for many decades in high-income countries before the pandemic (though the US experienced a burst in the late 1990s). The record since the global financial crisis has been particularly lacklustre.

Can the post-pandemic recovery break this trend? It certainly has not so far. This week’s data from The Conference Board show that the combined productivity growth of this year and last, which should smooth out the big swings from the lockdown, “extend the downward trend in global labour productivity growth . . . to 1.7 per cent between 2011-2019. The latter is roughly the same as the average growth rate of output per worker in 2019-2021.” For high-income economies, the rate is about 1 per cent per year.

The question of whether this trend could be broken can be posed in two parts. Is the pre-existing slowdown a fundamentally unavoidable phenomenon, or can better policies or behavioural changes permanently boost productivity? And has the pandemic shaken up both the private sector and governments enough to make this more realistic?

On the latter, one of the most striking impacts of the pandemic is the forced adoption of technologies to work, trade and deliver services at a distance. A new McKinsey report covering Europe and North America reveals that a lot of productivity enhancement has taken place in individual businesses there: “Companies digitised many activities 20 to 25 times faster than they had previously thought possible. One European retailer achieved three years’ worth of prepandemic rates of growth in e-commerce in eight weeks.”

From these cases of accelerated technology adoption, McKinsey estimates that “there is potential to accelerate annual productivity growth by about one percentage point in the period to 2024”. That is a big number; it would double the rate recorded after the global financial crisis. But it would require a broad take-up of the sort of actions taken by the best-performing companies.

As it is, the report finds that any short-term improvement has been concentrated in sectors that were already more digitised and among the most productive “superstar” companies. If that does not change, the technology effect would intensify the polarisation between high- and low-performers and the problem of a “long tail” of producers whose productivity lags behind the frontier.

What policies, then, could help us towards the higher productivity growth McKinsey thinks is achievable? For policies can surely make a difference. At a recent conference at the UK’s National Institute of Economic and Social Research about the political economy of productivity, Diane Coyle made the point that productivity is about ideas — inventions or better ways of doing things — and because ideas are shareable and have positive spillovers, the market left to its own will not devote enough resources to generating them.

One policy lever is so simple it is not often enough recognised as a possible driver of productivity: aggregate demand management. In a thorough new survey article on the past decade’s productivity slowdown in the US, the Bureau of Labor Statistics’ Shawn Sprague highlights two ways in which weak demand growth holds back productivity growth (and hence supply). One is that companies hold back on investments in research and development and in new technology if they are uncertain whether the demand will be sufficiently strong for their expanded output. Another is that weak demand growth slows down reallocation of resources from less dynamic to more dynamic companies. In the best-performing businesses, productivity growth was healthy (as the McKinsey report also found for the pandemic period) but they seem not to have drawn in as much capital and labour as they could have done.

IMF research found that US business investment before the pandemic was driven by strengthening demand growth — and that the steep cuts in US corporate tax rates in 2017 did not deliver the investment boost that proponents had predicted. Conversely, then, the move in several major economies towards steeper profit taxes, and multilateral efforts to stop a race to the bottom for corporate tax rates, should not discourage capital investment and other measures companies can take to increase productivity. But that depends on the demand being in place.

So far, only the US among high-income economies has made a strong commitment to high demand pressure through fiscal policy. As a result, it bucks the trend in the Conference Board’s productivity forecasts: the US’s labour productivity growth across the two pandemic years looks set to beat the average rate recorded over the previous decade. In other words, all the signs are that President Joe Biden’s big fiscal push is not just going to speed up the recovery, but will also push the economy’s supply capacity higher than it would otherwise have been.

Aggregate demand management aside, there are, of course, many other policies that can make a difference to productivity growth. Easing the reallocation from less to more dynamic companies, for example, may require a stronger fight against market power. More broadly, productivity depends on the provision of broad public goods from infrastructure to education. At the NIESR conference, Guido Tabellini argued that this provision can depend on political and even cultural factors, such as the ability of a government to make long-term choices and the strength of universalist values rather than a culture in which groups look out for their own wellbeing.

Here, perhaps, lies one of the great opportunities of the pandemic. It has reset our politics, opening a window for these sorts of values to determine more of our policy choices. Building back more productively seems possible; a consensus to build back better could be what helps us achieve growth above what we were resigned to accept before the world changed.