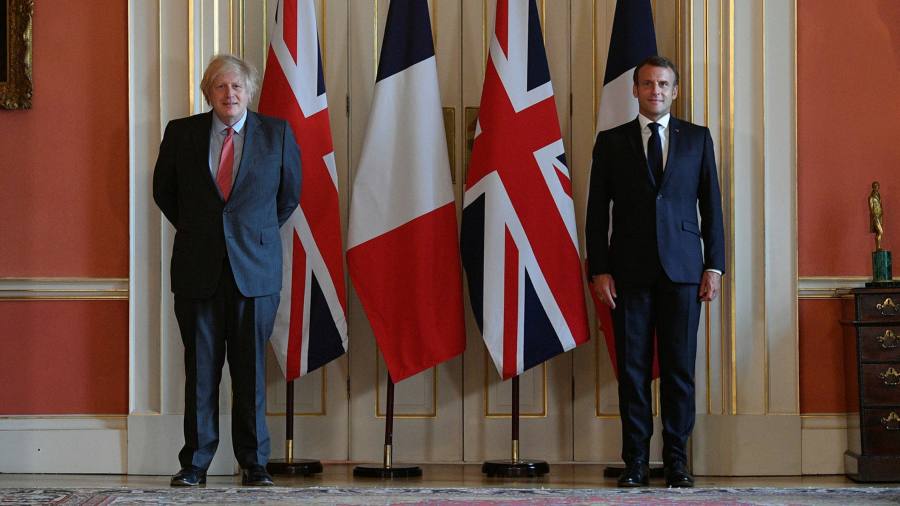 France has warned that it will veto any trade deal between the EU and UK unless it meets its requirements as talks intensified in London to try to seal an agreement by the start of next week.

Negotiators are racing against the clock to finalise a deal before a European Council meeting in Brussels starting next Thursday and before British MPs hold a series of potentially inflammatory Brexit votes, starting on Monday.

Both sides remain hopeful a deal can be put in place over the weekend, but officials in London and Brussels dismissed a Reuters report citing an EU official speculating that an agreement was “imminent”.

Boris Johnson is facing a stand-off with a group of EU leaders, including French president Emmanuel Macron, who are trying to extract final concessions from the British prime minister.

As talks continued on Friday, Clement Beaune, French European affairs minister, told Europe 1 radio: “If a good agreement cannot be reached, we will oppose it. Each country has a veto right.”

Mr Johnson’s allies say that Britain is ready to sign a deal on Monday or Tuesday next week on the right terms, but some EU member states fear they are being bounced into accepting a substandard agreement.

France, Italy, Spain and the Netherlands are among those countries that have demanded to see the full text of any agreement before Michel Barnier, the EU’s chief negotiator, announces there is a deal.

“We fear they are going to shove it down our throat,” said one EU diplomat. The European Commission is leading talks on behalf of the EU27 and some big exporters — notably Germany — are pushing hard for a trade deal.

On Thursday British officials claimed the EU was making new demands “at the eleventh hour”, but that was denied by the EU team. A new competition regime and fisheries remain the biggest stumbling blocks.

The talks are now entering the decisive phase, with negotiators holed up in a subterranean UK government conference centre near the House of Commons, sustained by takeaway food.

Charles Michel, the European Council president, said that ultimately it would be “the responsibility” of national governments to decide whether any deal is good enough. “We will see what will be the global balance of the agreement on the table, especially on the difficult topics.”

He said that Britain would need to choose what “political, economic social project do they want for their own future” and how far to break from the EU, which he called a “regulatory power”.

The question of the “level playing field” for ensuring fair competition between the UK and EU remains the most sensitive topic, touching on the integrity of the single market and Mr Johnson’s desire to reclaim sovereignty.

Britain has rejected the idea of creating a UK regulator to adjudicate “ex ante” on state subsidies before they are handed out, a position reluctantly accepted by Mr Barnier.

But the EU condition for doing that is that whatever is agreed on state aid is enforceable in the British courts, so that a European company can go to the courts to contest that UK state aid to a rival has placed it at an unfair disadvantage.

The UK is also still resisting cross-retaliation — the idea that an apparent breach of the rules in areas like state aid could be punished by the EU side through sanctions in a completely different area. 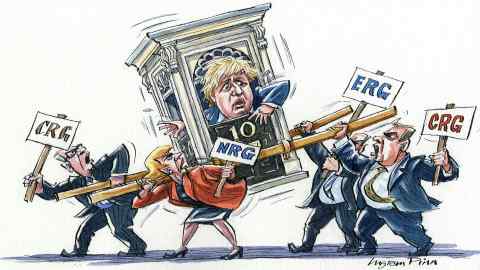 The talks have been given an additional sense of urgency by the desire to agree a text before next week’s European Council in Brussels and before British domestic politics throw a grenade into the negotiations.

Mr Johnson has decided to push ahead next week with “safety net” legislation intended to maintain a freely operating border between Northern Ireland and the rest of the UK in the event of no trade deal.

The internal market bill and the taxation bill will both give ministers the power to override the UK’s withdrawal treaty with the EU, agreed last year, breaking international law.

The prospect of MPs voting to breach one EU treaty while negotiators simultaneously try to agree a new one has sent shudders through both sides.

Mr Michel underlined on Friday that Britain must fully respect its divorce deal with the EU for any future-relationship agreement to be feasible.

StockBeat: Rolls Royce Shows Catching a Bouncing Knife Can Be Tricky Too By Investing.com