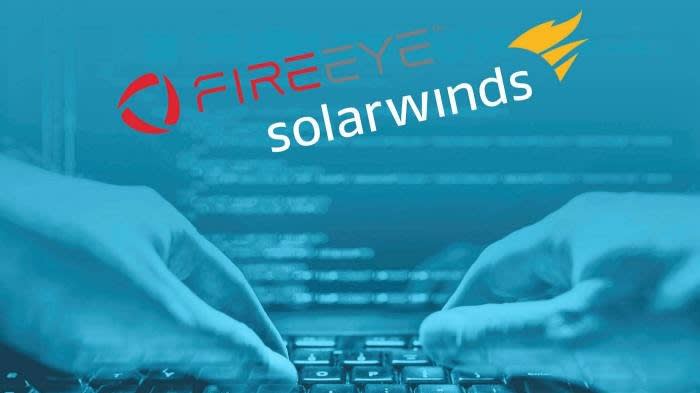 Intelligence agencies around the world are rushing to assess the extent of a wide-ranging espionage attack by a “nation-state attacker” on US federal agencies, companies and other groups.

The US issued an emergency warning on Sunday after learning that software that may have been used by most Fortune 500 companies and multiple federal agencies, including the US military and the Pentagon, had been hijacked to gain entry to secure IT systems.

“We urge all our partners — in the public [and] private sectors — to assess their exposure to this compromise and to secure their networks,” said the US Cybersecurity and Infrastructure Security Agency, after a cyber security company unearthed the “global intrusion campaign”.

The US government has not identified the attacker. However, FireEye, the US cyber security group that first flagged the hacking campaign last week and was itself hacked, attributed it to a nation-state.

Helen Warrell and Hannah Murphy explain what we know about the hack so far. (FT)

Thanks to all who participated in our latest poll. Eighty-six per cent of respondents said they were changing holiday plans because of the pandemic.

Electoral College set to confirm Biden victory Joe Biden is set to be formally selected as the next president of the US, as presidential electors meet in statehouses across the country to cast their votes. Here is the latest vote tally. Meanwhile, the Trump administration has imposed long-awaited sanctions on Turkey. (FT, NYT)

Cautious optimism for Brexit trade deal Michel Barnier, the EU’s chief Brexit negotiator, on Monday said there was a “narrow path” to a trade deal with the UK, while warning that success would hinge on breakthroughs on difficult issues, including EU fishing rights. (FT)

India inflation eases but growth concerns remain India’s retail inflation eased to 6.9 per cent in November but remained above the Reserve Bank of India’s target, depleting the central bank’s arsenal as it seeks ways to revive growth in the country of 1.4bn people. (FT)

China fines Alibaba in latest Big Tech crackdown The Chinese government has fined Alibaba and two other companies for not reporting past deals, closing a regulatory grey area that China’s foreign-listed tech companies have enjoyed for more than a decade. (FT)

ExxonMobil pledges emissions cuts The oil major has promised to cut emissions for every barrel of oil it produces by up to a fifth over the next five years, after investor pressure for action on climate change. Opec on Monday cut its forecast for oil growth next year. (FT, MarketWatch)

Amazon primed for India cricket rights push Amazon Prime Video is building a live cricket offering in India as it seeks an edge over international rivals in the country’s fast-growing media market. The move is seen by industry experts as a warm-up for a challenge for more lucrative rights to elite Indian matches. (FT)

John le Carré dies The author whose nuanced thrillers deftly explored the multiple personal and political complexities of the cold war, died aged 89 from pneumonia on Saturday, according to a statement released by his literary agent. (FT)

China economic data The country has industrial production, retail sales and investment data out on Tuesday that is likely to show the economy strengthened in November. (FT)

Fed policy meeting When members of the Federal Open Market Committee convene for their final meeting of the year on Tuesday and Wednesday, the fate of the US central bank’s asset purchase programme will be in focus. (FT)

Biden to campaign in Georgia President-elect Joe Biden will campaign for Democratic candidates in two Senate run-off races that will determine control of the upper chamber. The races are set to be among the most expensive in the history of the Senate. (FT)

FT Brexit Briefing: Deal or no deal? Understanding the essentials

Join us on Tuesday December 15 at 3pm GMT for an essential webinar, hosted by FT experts, to understand in 50 minutes what a deal or a no deal means for you and your business. Register for free here. And sign up to our Brexit Briefing newsletter here.

A bumper year for Asia’s capital markets Despite a global coronavirus pandemic that began in China, 2020 has transformed into the year it all came together for the country’s capital markets, as foreign investors snapped up more than Rmb1tn worth of stocks and bonds. (FT)

Chinese R&D is leaving the US behind One of the most important opportunities for building economic prosperity comes from basic research, writes Matthew Slaughter, dean of Tuck School of Business. For this reason, it’s telling that the same day a Chinese rocket collected lunar rocks, a key US radio telescope collapsed. (FT)

The Federal Trade Commission strikes back against Facebook State and federal action against Facebook shows how regulators are shifting their world view, writes Rana Foroohar. They are starting to see the market as Silicon Valley titans do, rather than the way technocratic DC economists and lawyers traditionally have. (FT)

Read more from Rana in this week’s Swamp Notes newsletter. Sign up here.

The rise of Japan’s loyalty point influencers The QR code, often used for digital payments, was created in Japan — but the country is stubbornly addicted to cash. Fintech companies are using loyalty programmes to help overcome the digital resistance, and it has given rise to an unlikely subculture of point enthusiasts. (Rest of World)

Britain will do a Brexit deal on Europe’s terms The reason that the deal will be done on the EU’s terms is the same reason why the whole Brexit process has been so painful for Britain — a fundamental asymmetry in power between the two sides, writes Gideon Rachman. (FT)

Priority overload: how to avoid it and how to relieve it It is that time of year. Holiday rota chaos, inventory mismanagement, deadline anxiety, strained relationships. Teamwork ought to ease the burden, but collaboration at work is full of pitfalls which can lead to team dysfunction and burnout, writes Andrew Hill. (FT)

Where did all the jobs go? Britain’s vote to leave the EU prompted rival financial centres across Europe to scramble to attract the jobs and assets expected to leave London. But the “exodus” has so far proved to be more of a trickle, says the latest article in our Future of the City series. (FT)

In response to: China pulls back from the world: rethinking Xi’s ‘project of the century’:

“Belt and road was always a quid pro quo. More take than give. It was always obvious China would take their pound of flesh, or a few pounds if they could. If they are pulling back, it is an investment decision for them. They believe they will not get the desirable amount of return on investment — be it directly in financial terms, or through increased soft power, access to resources, etc — to spend this money at this time. That may change.” — Just a man