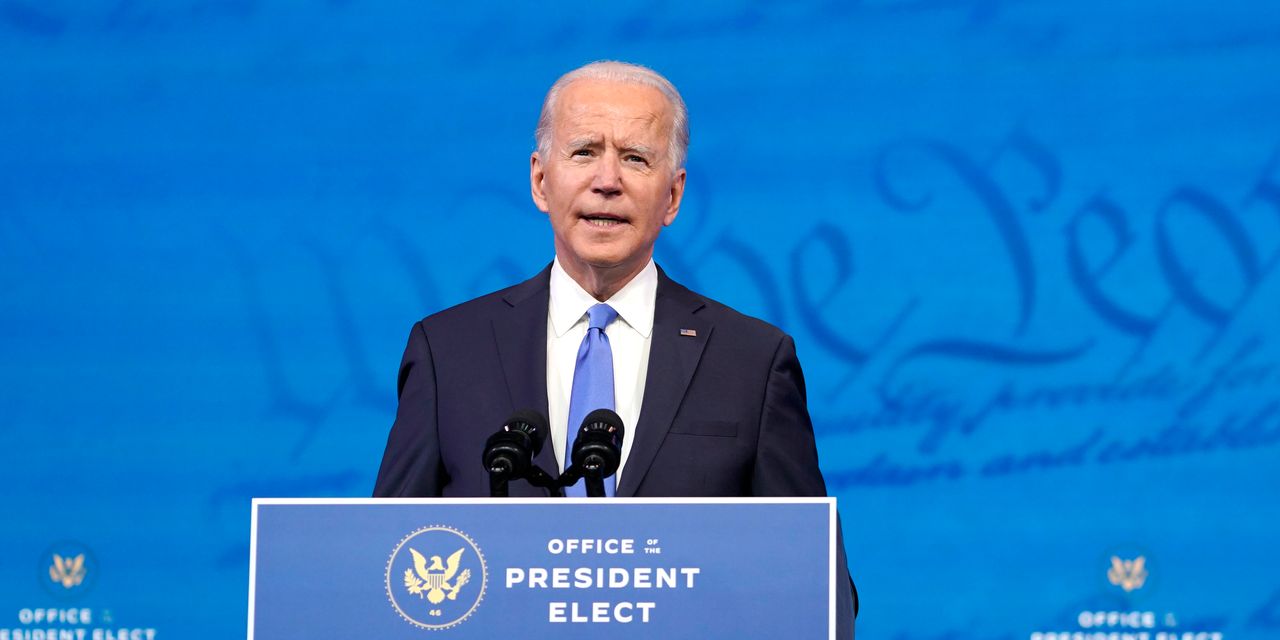 The Electoral College formally declared Joe Biden president-elect Monday, after California cast its 55 votes for the former vice president and put him beyond the 270-vote threshold needed to secure victory.

The final tally showed Biden beating President Donald Trump by a electoral-vote margin of 306-232. In the popular vote, Biden won by more than 7 million votes, or a margin of 4.5%.

“In this battle for the soul of America, democracy prevailed,” President-elect Biden said during a speech Monday night from Wilmington, Del. “We the people voted. Faith in our institutions held. The integrity of our election remains intact.”

Electors across the country voted amid threats of violence and the continued, unsubstantiated allegations by President Donald Trump that he lost the November election as the result of widespread election fraud.

Meanwhile, alternative slates of unofficial electors met in swing states won by Biden, including Pennsylvania, Georgia and Wisconsin, to cast votes for Trump in the hopes that federal courts will rule the electoral votes cast for Biden invalid.

“As we speak today, an alternate slate of electors in the contested states is going to vote and send those votes up to Congress,” Trump aide Stephen Miller told Fox News early Monday. “This will ensure all of our legal remedies will remain open.”

Legal observers, however, said that such votes are no more than political theater. “These electors have neither been certified by state executives nor purportedly appointed by state legislators,” wrote Rick Hasen, an election-law expert at the University of California, Irvine, on his blog. “They don’t have legal authority and so this does not affect the counting of Electoral College votes.”

U.S. presidents are not directly elected by voters. Rather, the Constitution says that citizens must vote in state elections for a candidate. The party of the winning candidate in each state then chooses a slate of electors to vote in the Electoral College.

This year, election officials and electors in many states are took extra precautions to guard against threats of violence, though protests off the process have so far been peaceful. The Michigan State Capitol was closed due to “credible threats of violence,” the Washington Post reported, while in Arizona, the vote was held in an undisclosed location for safety reasons, according to the New York Times.

In Wisconsin, electors were instructed to enter the capitol grounds through an “unmarked side door” to avoid protesters, as electors in the state reportedly having received threats of harm against them and their families if they followed through with their pledged votes for Biden.

Trump has consistently stoked the anger of his supporters, tweeting this weekend that swing states “CANNOT LEGALLY CERTIFY these votes as complete & correct without committing a severely punishable crime.” The president has continued to advance allegations of election fraud that have been discredited in the more than 50 court cases he and his allies have lost in seeking to overturn the results of the November election.

On Friday, the U.S. Supreme Court decided not to hear a case filed by the state of Texas and joined by the Trump campaign and publicly supported by 126 House Republicans that sought to have the results of the presidential balloting in Pennsylvania, Georgia, Michigan and Wisconsin declared unconstitutional and effectively hand Trump a second term.

Though there remains active litigation in courts wherein the Trump campaign and its allies are seeking to decertify results in many of the same battleground states, the Supreme Court’s refusal to even hear the Texas case represents a comprehensive rebuke of theories of widespread voter fraud or illegal changes to state election law as factoring into the Trump loss to Biden.

Biden, whose popular-vote margin over Trump exceeds 7 million, defeated Trump 306 to 232 in the Electoral College vote.

Why Fungibility Is Important in Understanding Money and Crypto | Michael Milano