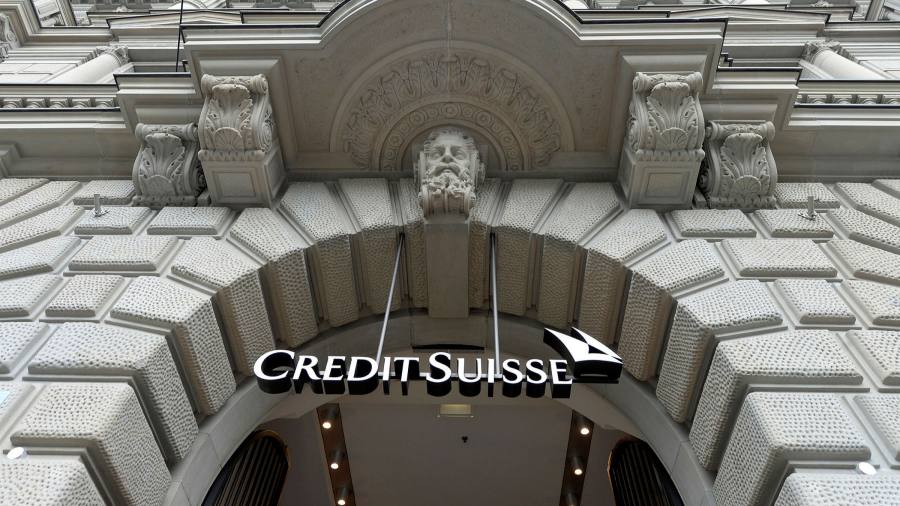 Credit Suisse has promised to increase its profits from wealth
management by at least a quarter by 2023 and expand its investment bank as chief executive Thomas Gottstein laid out his priorities.

Mr Gottstein has faced a baptism of fire since replacing Tidjane Thiam in February, with a string of scandals over the Swiss bank’s lending and asset management businesses surrounding the group and putting pressure on the new chief executive.

In an investor update on Tuesday, the Mr Gottstein outlined his main areas of focus for the next three years.

Those priorities include building up its trading and investment banking business and achieving a return on tangible equity of 10 to 12 per cent.

The group also said it would increase its dividend by 5 per cent per year and restart a SFr1.5bn ($1.7bn) share buyback plan.

Mr Gottstein was appointed earlier this year following the departure of Mr Thiam. Credit Suisse also announced this month that António Horta-Osório, who is chief executive of Lloyds Bank in the UK, would become chairman next year.

Mr Gottstein said: “We continue to believe wealth management is one of the most attractive segments in financial services, notably in Asia Pacific, and we also expect to further expand the connectivity between our investment bank and the wealth management-related divisions.”

Several of the fires Mr Gottstein has been forced to fight relate to the group’s activities before he became chief executive, notably the corporate spying debacle that led to the departure of Mr Thiam.

In September Finma, the Swiss regulator, escalated a probe into the affair, which rocked the country’s normally staid financial sector.

At the height of the coronavirus pandemic in the spring, Credit Suisse was caught up in scandals at Luckin Coffee and Wirecard, having worked on deals for both. The Swiss bank also launched an internal review over its supply chain finance funds linked to SoftBank and Greensill Capital.

Mr Gottstein has since announced a review of Credit Suisse’s asset management business.

On Tuesday Credit Suisse said its investment bank had performed well in the fourth quarter, with revenues expected to be higher than in the same period a year earlier.

But it stressed that its fourth-quarter results would be marred by a $450m writedown on its holding in York Capital Management, the US alternatives group that announced it was winding down its European hedge fund business last month.

Credit Suisse’s share price has bounced back in recent weeks after it announced it would restart paying dividends, rising 29 per cent since the end of October. Shares are down 15 per cent this year.