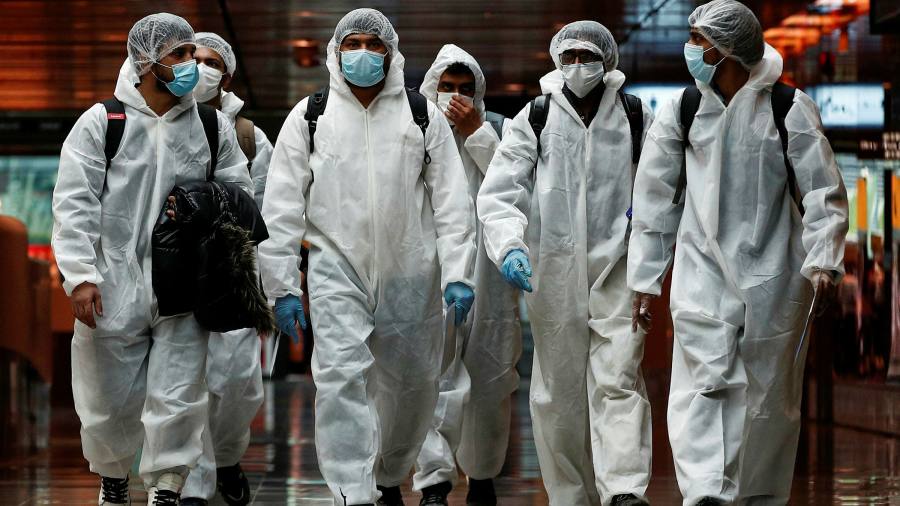 The writer is CEO and chairman elect of V.Group

On the high seas, a hidden humanitarian crisis is gripping the freight ships that keep global trade afloat. Lockdown measures designed to combat the pandemic have left as many as 400,000 seafarers stranded on their vessels, past the expiry of their contracts. That is almost half the 1m seafarers estimated to be at sea at any time. Sheer exhaustion means the risk of a significant accident is rising.

In normal times, these men and women — many from countries such as India and the Philippines — would work four to six months and then leave the vessel to fly home to their families. But Covid-19 restrictions around the globe have made crew changeovers a logistical nightmare.

Strict rules in many ports mean authorities often do not allow existing crew off their vessels, or replacement crews to go on board. There have been widespread closures of visa offices. Lockdown rules that change from day to day only complicate the situation.

Some seafarers have now been on board for more than a year. Under huge stress, many are suffering mental health issues. Others have been denied medical treatment. It is a testament to their professionalism that they have carried on working. At the same time, crews hoping to join a vessel have been left on shore without pay.

As well as the human cost, this crisis is a threat to global trade, just as countries are trying to revive their economies. These ships transport about 90 per cent of all the goods traded around the world — from cars and laptops to oil and food. Trade slowed in the early stages of the pandemic, with many ships either slow steaming or sitting at anchor awaiting instructions. But in recent months, we have seen trade return to normal.

The pressure on existing crews, worn-out after months on board, has raised the risk of serious accident. The environmental consequences of an accident involving one of these huge vessels, which carry up to 250,000 tonnes of cargo, could be devastating.

There is also a risk that, at some point, crews will simply say enough is enough and down tools, straining the already fragile global economic recovery. Some seafarers who have managed to get off ships are now understandably reluctant to return, making recruitment for future voyages difficult. Crew costs have risen by an estimated 10 per cent in the first half of the year.

What can be done? V.Group, the ship management company that I run, mans close to 900 ships. We have been working to support the 15,000 seafarers on our vessels, and to urge governments to agree a global response to this global crisis. We know what can work.

Some three dozen countries — including Indonesia, Liberia, the Netherlands, Panama, the UK and the US — have started to ease the problem by designating seafarers as “key workers”.

This has allowed us to put in place processes to get existing crews off ships, and bring in replacements. Chartering flights to get crews home, and diverting ships to ports where they can disembark, also helps.

Unfortunately, many countries have failed to follow through. While acknowledging the problem, they are reluctant to act and solve it.

But treating seafarers as key workers and adopting supporting measures would at least give us the chance to put in place safe corridors to bring crews in and out of port, with testing regimes to ensure they do not have the virus.

Late last month, the UN — and companies such as Fidelity International, the asset manager — urged nations to do more to help the thousands of suffering seafarers, and to classify them as key workers.

This call for action is a step in the right direction. But we need more than words. Now is the time for concerted, global action to tackle the issue head-on and help free the thousands of seafarers trapped by Covid-19.

Lordstown Motors executives sold stock ahead of reporting results, and before troubles came to light